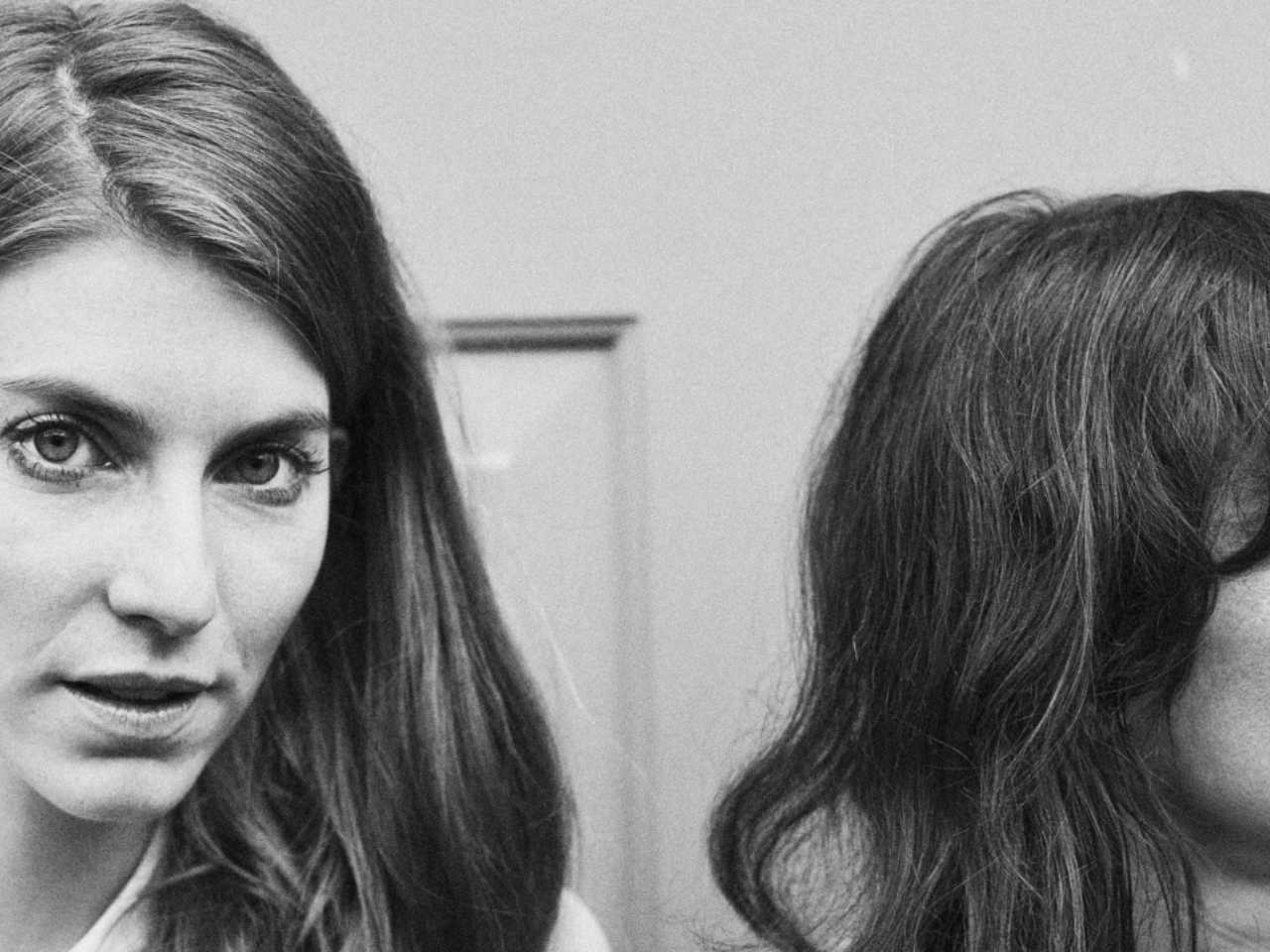 This is the story of Boy, the Swiss-German female duo from Hamburg. In just a few years, Valeska Steiner (Vox) and Sonja Glass (Bass) have gone from living the student life to selling over 350,000 (across two albums) in over 25 countries. In August 2015 they released their second album, “We Were Here”, which they will be touring until late 2016.

Numbers like this are unheard of for a breakout act in Germany, and come at a time when even 10k albums sold would have been deemed optimistic. “Gold” in Germany is 100k sales, so Boy selling 250k copies worldwide of their first album, “Mutual friends”, is a breathtaking accomplishment…all of which is even more impressive when one considers that it was done independently.

Today, Valeska and Sonja are living the musician dream by having a tight knit team around them who look after the business end – management, booker, publishers and labels both in Germany and internationally – so they can focus on doing what they do best: making music.

Here we speak to Arne Ghosh, who signed Boy in 2009 to his Hamburg/Berlin management company, about their story and what other aspiring bands and musicians can learn from it.

Arne’s first comments about Boy are already quite telling. Unlike most bands, who start by recording their demo or an album as a goal unto itself, when he met Boy, they were focused on crafting their songs and performing. It would be three years before “Mutual Friends” arrived, but Arne estimates that the band were playing 30 – 40 gigs a year. “It was being on the road that allowed them to develop their own unique brand and persona which would become the basis for their success,” he explains.

“What impressed me was that previously I had only been in touch with bands who recorded demos, before going to record companies trying to find someone ‘who would take them further’. If this didn’t happen maybe they’d split up. But Boy didn’t let themselves get distracted and instead focused on crafting their songs.”

During the course of the interview, Arne refers repeatedly to Boy’s authenticity and substance: the honesty in their music, lyrics and personas. He also refers to their humility, which is not just reflected in the music, but also on stage and through career decisions. He says: “Real artistry is about artists sharing something with their audience, it’s about ‘having something to say’ but in a modest way.” This, says Arne, is the essence of their success and what gave him the trust that was essential for him to commit himself to the project.

It was in 2009 when Arne signed Boy to his management but a full three years before Grönland Records would release their first album. However, rather than throwing them into a recording studio, Arne’s first thought was getting a booking agency involved to keep them on the road. He left no stone unturned and even leveraged Valeska’s Swiss heritage by calling in Swiss Music Export to assist with touring and studio time. “Whatever it takes,” he tells us.

Only then, with the act polished, did he finally start pitching them to record companies.

But like most musical careers, nothing fell magically into place and with the “duo” format being a bit of an unknown quantity in Germany, it took Arne another two years to get the record deal. In the end, three independent labels showed interest but it would be Herbert Grönemeyer’s Grönland Records which they chose. The music business is still a people’s business and the team felt that Grönland’s A&R, Lenz Hein, not only understood the music but that the chemistry was right.

Initial forecasts were optimistically conservative and Arne and Lenz predicted that Mutual Friends could sell 10k copies. With the booker, Arne began looking for venues with a capacity of 200 seats in the hope of selling 150 tickets.

“Little Numbers” was Boy’s first official single release in 2011 and its accompanying video went viral. “It’s difficult to say why,” says Arne. “The song and video somehow hit a chord and then appeared across social media and blogs. In the beginning we got 2k views a day, then 10k and 20k, and before long it hit 1 million views. That song really opened the doors in many territories.”

A number of synchronisation deals followed, first with airline Lufthansa, and then commercials in France and Canada followed by movies and TV shows in the US. The strategy worked and “Mutual Friends” was released in September that year. On the strength of the initial interest, Grönland Records and 380grad were able to bring on Decca records (UK) and Nettwerk Records (US). When the dust had settled, they had sold over 250k copies worldwide — 25 times their original forecast – and rather than looking for venues with a capacity of 200 seats, Boy can be found headlining shows of over 60k.

Boy’s second album, “We Were Here”, came four years later in August 2015. While it has not yet hit the numbers of its predecessor, selling around 100k worldwide, this figure is distorted by developments in the digital market. Between 2011 and 2015, the music market continued its most dramatic contraction. CD sales bottomed out whilst digital continued to adjust from 90% downloads to 50% downloads, 50% streaming.

“The sales of the first and second albums are not really an apples-to-apples comparison,” says Arne, “but perhaps the most interesting development with the second album is that despite it achieving less than half the sales of the first album, Boy sold 30% more tickets during the tour.” This, he says, is a reflection of the growing brand and interest in the band over time. “More people come to experience the show, and less people buy an album,” he explains, “but those people who don’t buy the album are maybe the ones that consume it with streaming. The fans are still there, but the way of consuming music and expressing their loyalty to the band is different from before.”

380grad has a team of six staff and their signing strategy is simple and focused. “If I get approached by artists, I look at the music and everything that’s around it. We’re a business so we need to find out if there’s chance of earning revenue sooner or later.”

This is a critical point that Arne makes and one that is often seen as “selling out to business” but in the end, no matter how independent a booker or management may be, they all need to pay the bills and make ends meet.

Arne continues: “But, most importantly, I have to be a fan of the music and have a feeling that I’m a good match for working with these people. No matter how good the music is, or how successful an artist is, if it doesn’t feel right it’s not going to work. Management is intense, personal, private and time consuming. There’s no way to do this job with people you don’t feel comfortable with, at least for me.”

Arne’s top tips for acts looking for management are: