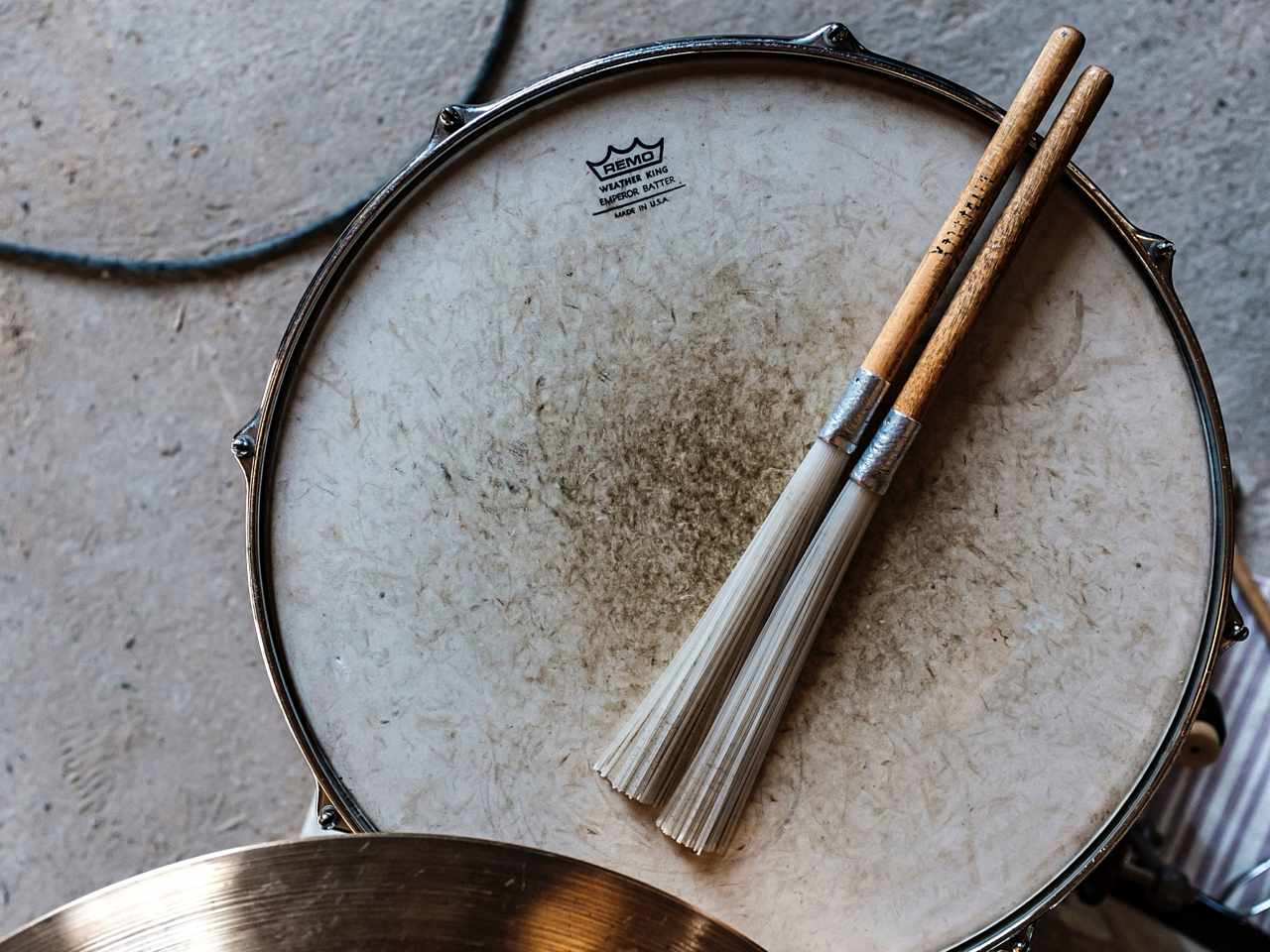 Hi everyone! It’s Olaf again, and today I’m going to go over the two most ancient and important manifestations of musical expression: the rhythm and the groove. It all started back when some hairy humanoid repeatedly hit something and started to like the sound. Ever since we have been basically doing the same when making music. The concept of dividing time into equal parts is maybe an attempt to gain control over a dimension that we can perceive, but unlike the 3 spatial dimensions, we cannot move freely in. The lack of freedom is perhaps the most unpleasant condition for any kind of life and our human nature tries to find a way out of submission. The key concept to access the limitless continuum of constant change – let’s call it “time” – was found by our furry friend from the past: Divide and conquer!

Let me demonstrate this with a small experiment:

In your DAW please open a new track with a drum kit. As I’m an Ableton Live user I will use the according terms from now on, but it will be easy to transpose my idea to other platforms.

As you can imagine, each of you who tried this will probably have come to a different result. But all of your patterns have one thing in common: You somehow like them. This experiment was to show you how a distinctive rhythm emerges from 3 layers of equally divided time that we added two irregularities to. Remember that when you start working on your next track!

Before we go on I’d like to shed some light on the term “groove”: Groove is refined inaccuracy. It originates from human anatomy in conjunction with structure and operation of musical instruments.

If you have a shaker at home, please take it in your hand. If not, please go to the kitchen take a handy and closable jar and fill it with rice. Hold your forearm upright in front of you with the shaker in your hand and the backside of your hand pointing away from you. This instrument is probably one of the oldest at all and it works in two directions: If you start moving your forearm forth and back the shaker produces a sound at both turning points. But the sound is different at the two positions. This is because your shaker is not completely symmetrical but even if it was, your hand is certainly not, nor is your arm. Try playing regular 16ths and you will have a hard time getting it even. If you made it, well done – but here comes the killer: Make an accent on 1, 2, 3 and 4 (clearly accentuate every forth 16th) and you will definitely get unavoidable timing issues. As these inaccuracies repeat regularly they appear to us as a characteristic peculiarity. Listen to traditional samba and you will hear the same kind of imperfection that you just produced unintentionally. This is what’s called groove.

Those deviations from the perfect can also be made on purpose though. The most common is the so called swing which is a slight delay of every second 16th note. Another type of groove is the laid back feeling, meaning that almost every note of one instrument is a bit too late. To not kill the rhythm completely the “important” beats (1 and 3) are played almost accurately on time. The rest is carried out a bit too late and also quieter. Let’s try this with our pattern. First copy the MIDI clip to a new slot for later comparison. Now switch off the grid and select all notes that are not on 1 and 3. Nudge them to the right with the cursor keys a couple of times until you hear a difference and reduce their volume a little. It might sound a bit strange at the beginning but you will get used to it after some repetitions.

In Ableton Live you can extract such groove from a clip and apply it to other clips in your production later to ensure that the whole tune swings together. This might not bring a radical change at first glance but it will give a track it’s certain “something”.

Finally, I’d like to give you an example of how to play the same piece in a different way. It’s a tune called “Palladium” by Weather Report. After a 25s intro the actual beat starts. Listen to what the drummer does with the hihat Some of the notes are so late that it almost sounds like a sequencer slowly getting out of sync. The percussionist picks up this laid back feeling too, while the bass player steadily presses forward. This tension between the bass and the drums makes this version of the track so special.

Now listen to this example. Those guys play it much straighter, not bad at all though, but the strange charm of the original does not exist here. It’s a matter of taste what to prefer and how to make one’s music – but let it groove!