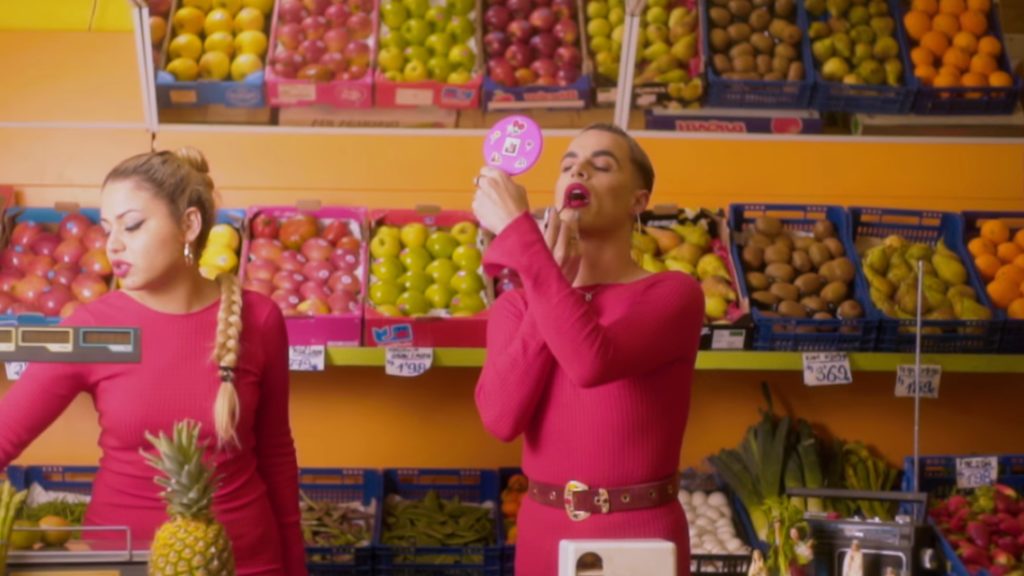 Nowadays, it’s impossible not to mention “Despacito”’s success throughout the year, which set dancefloors around the world ablaze and is (still) the most listened online song of all time. Its copyright holder, Universal Music Group claimed the video was viewed 4.6 billion times across all platforms, which made it the strongest selling point for Latin American music in records history so far.

The song built on a “riddim”, reggaeton’s main signature, is somehow a powerful statement. “Despacito” (which means “slowly” in Spanish), is over all a major breakthrough for Latin American music. And the last time a Spanish song toped the hot 100 was more than 20 years ago, when 1996’s hit “Macarena” propelled music-trio Los Del Rio to international stardom. This is not a fluke either; it points the growing inclusion of new languages in pop music as Justin Bieber, who gave the song its English version, gave to both singers a phenomenal exposure. Although Latinx artists still have to deal with a bunch of stereotypes, without Bieber, who remains a white singer appropriating himself a Latin American song, “Despacito” would have had a mixed (but still major) success. But the song is the work of two artists, so why is everyone talking about the “Reggaeton revival”?

The genre’s outburst began under Daddy Yankee’s influence as “Gasolina” (2004) remains to this day its popular entry and is still considered as an anthem (watch Thom York lipsyncing it). His album Barrie Fino was top-selling in the 2000s under the category “Latin and Tropical”, -selling more than one million copies in the U.S -. Hollywood also smelled the genre’s calibre by hiring Don Omar, another major figure, to appear in the Fast & Furious films (4 & 5). Since then, numerous successors are making reggaeton an always better pop argument for any high selling musician.

The Triple Js, J Alvarez, Justin Quiles and J Balvin whose hits battled in the charts, aren’t making traditional reggaeton. Influenced by trap and romantic melodrama, they prefer tropical waves and friendly attitudes rather than ghetto cred or drug use. J Balvin’s “6AM” (featuring Farruko) is the most credible rival of “Despacito” so far as it topped the charts for 16 weeks. We can’t say abrasive dembow riddims are these guys’ cosas, like Ozuna (who recently teased a new song with female rapper Cardi B) in his song “Se preparó”. They’re far from the old fashioned and negative image reggaeton used to draw. Farruko, who’s featuring Sean Paul in his song “Passion Whine”, even describes his style as more “fresh and romantic”.

Despite Daddy Yankee’s success and the discovery of reggaeton’s strong selling points, this general enthusiasm can be hiding its current lack of authenticity. In this context where exoticism and kindness are a winning combo, cultural appropriation and race issues maintain reggaeton’s problematic bullet points.

Within the context of political turmoil in the U.S., reggaeton exists through different channels. Interviewed on the success of Despacito, Dandy Yankee and Luis Fonsi resumed their song’s leitmotiv to a “get together” and “a snub to all this political manipulation” according to Funsi. In summer 2016, Brooklyn-based Latin media Remezcla published “neo-Perreo: 15 Artists Writing Reggaeton’s Weird and Wonderful New Chapter” and listed a bunch of artists “flirting with reggaeton rhythms in new and unexpected ways”. Although “Despacito” is supposed to portray the genre most exciting episode, some artists and collectives from all over the world want to flow an ink revealing more social matters.

It was revealed that producers like Mexican Collective N.A.A.F.I. and some Instagram mini-stars blend futuristic sounds and dembow riddims, thus attracting young fashion designers as well as club promoters from Berlin, London and South America. Hailing from Barcelona, the young phenomenon Bad Gyal has been receiving lots of media attention for her bravado and easy-going use of traditionally Black and Latino riddims covered by her native Catalan. In Chile the tattooist turned cyber chola, Tomasa Del Real claims that she is “reversing the roles of reggaetón”. Her feminist ideas attracted attention of American magazine The Fader which exemplified a new and contradictory genre: neo-Perreo. Recalling Ivy Queen’s position within a masculine dominated scene, such acts drastically overthrow reggaeton’s oldfashioned image from a western perspective – from devaluing to empowering women. As Bad Gyal rightly points out about dancehall, which has a tied background with reggaeton, “it’s about women; it’s for all the women”.

Twenty years on from reggaeton’s first emergence in Puerto Rico, it has only quite recently gained popularity in the US and Europe. Aside from its problematic origins in terms of sexism and homophobia, and the fact that it’s a cash cow, like many sub-cultures, reggaeton has become fetishised. Yet, did it become another commercial trend, which only exists to excite the crowds and arouse the interests of the music industry moguls, or does it remains a popular way of expression? For Nicky Jam, Daddy Yankee’s long-time collaborator and a true pioneer of the genre since 1992, this explosive craze allowed him to end a ten-year spiral caused by drug and alcohol abuse.

His new album Fénix, released last January, has led him to perform in stadiums all over the world and will remain a symbol of reggaeton’s tenderising tone. So, is reggaeton dead?