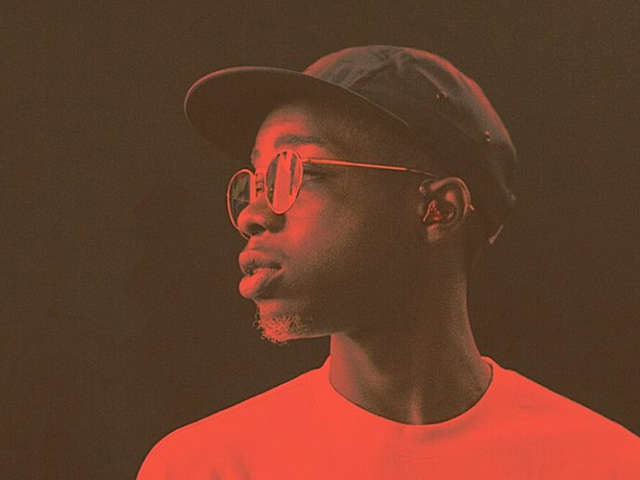 In some of Europe´s capital cities local scenes have recently formed around diasporic communities that bring in their take on the new digital age of African music. It is in these capital cities that global media networks reside and are able to magnify regional African music style onto a global scale.

London has long been one of the world’s most influential pop culture centres, where some of the most important media outlets and labels are based. Because of its large African migrant community, London has been vital for promoting African diaspora artists from the English speaking African countries such as Ghana, South Africa, Kenya and particularly Nigeria.

How important London has become for promoting African music in the Internet age was illustrated in 2016, when the Lagos radio station The Beat launched the UK’s first Afrobeats music radio station, making it an essential hub in the English speaking world for the rhythmic and hypnotic hip-hop influenced music of Africa’s fast-growing youthful mega-cities. While London´s club music has long been influenced by the children of Caribbean migrants, creating genres, such as UK reggae and lovers rock, jungle, 2-step garage, UK funky, grime and dubstep, British black communities have strongly transformed in the last two decades.

Now there´s a new majority of African descendancy, diverse in their cultural habits as well as in their relationship to colonial and post-colonial rule, embracing Caribbean influences in a different fashion. Fuse ODG, born in the UK, but raised in Ghana, was the first British afrobeats star. His fearless pop hits “Azonto” (which is also a hugely popular dance and a proverb for the whole sound) and “Antenna”,brought afrobeats for the first time in the British mainstream radio.

Besides Fuse ODG´s success (in 2017 he recorded a song with Ed Sheeran), more UK artists like Mista Silva, Vibe Squad, Kwamz & Flava, and Moelogo have laid the foundations for the UK’s afrobeats scene. Now they are joined by a slightly younger generation with laptops, mics, cameras and big ideas, all looking to build on this platform.

They’re using social media to spread their music to a global diaspora, and while MCs and producers who’ve grown up in London naturally love to get some hometown props, right now they’re just as likely to blow up on a worldwide scale.

The UK afro sound has diverted into unpredictable fusions of sounds and substyles, from the percussive blast of afro trap and afro swing to the trippy afro wave and beyond. These mutations have inspired artists such as J Hus and Kojo Funds to create their own unique sounds in the UK, which have gone on to highly influence the British music scene for the past two years.

Today, J Hus could easily be described as a major player in pushing British afrobeats to the forefront. J Hus’ song “Spirit” has hints of African drums and the beats echo African roots rhythms. Shot in Ghana, the music video captures locals showcasing African culture while enjoying life and keeping the spirits alive.

Since decades, Paris has been one of the most important incubators of African music worldwide. The French capital is at the crossroads of the French speaking African world, with musicians from the Congos, Mali, Cameroon, Senegal or Ivory Coast amongst others roaming the Paris scene.

These days, many African pop stars make Paris their home, as there are studios, record companies, media and audiences. Paris is the hub for international careers for many African musicians. Zoukous Music from Zaire, zouk from the French Antilles, makossa from Cameroon, and coupé décalé from Ivory Coast, have all been channeled through Paris and eventually have been enlarged there for global audiences.

The latest star from Paris is rapper MHD, formerly working in a pizza delivery service and originally from Guiné. MHD is making some of the most addictive and enjoyable music videos today. His Youtube channel has stacked up more than five hundred million views ever since he uploaded a self-produced video onto the internet. His first music “Afro Trap Vol.1”‘s video went viral and eventually led to a nine-part music video series named afro trap, in which the twenty three year old Parisian vocalist weaves Southern hip hop with the eclectic rhythms coupé décalé and hi-speed rapping. The self-produced, home-made videos joyfully celebrate diasporic life in the French capital. Recently MHD toured the USA, Canada and Senegal and released on Diplo´s Mad Decent label.

With the success of MHD soon came the epigones. In the Seine et Marne departments, suburbs east of Paris, Cirus aka Y du V raps about his Congolese roots and his everyday worries. The jerky, resounding flow is now becoming a new trademark for the ever growing afro trap movement (which now also inspired vocalists in UK, Italy and Germany alike).

Y Du V clips are staged in the parking lots of shopping malls or in front of car wrecks. As with MHD, his music videos have a strong DIY look, that adds up to the music’s street authenticity.

Lately, more and more rappers are inspired by afro trap. Artists RCxING, Rital Collectif et les Ingrats, have morphed from freestyle rap to afro trap. Similar to MHD, they know how to handle Youtube as a successful PR machine: Their latest tracks from the collective are being clicked every second. The French afro trap revolution has just begun!

Lisbon may be located at the remotest Western point of Europe, yet the Portuguese capital is at the centre of cultural crossroads bringing together Portuguese speaking Africa with South America and Europe.

In the last few years, small networks of DJs and labels in the suburbs of Lisbon have been producing some of the world’s most innovative electronic dance music. Largely being the children of African immigrants, these young musicians combine the numerous cultural influences present in Lisbon and the Internet, and distill them down to a single astonishing, highly energetic music style. Labels such as Principe or Enchufada are the hubs.

Kuduro, a style of Angolan music and dance that began in the early ’90s and became widely popular in Portugal, is an integral component of the sound of these labels. Besides, other lusophonic or global music styles, such as batida, kizomba, funaná, house, afro house and tarraxinha, the genres mostly (but not exclusively) rooted in Angola, Cape Verde and São Tomé are part of the sonic scape of Lisbon.

Principe Records, in particular, has recently stood out as the major force of dance music out of Lisbon. Príncipe created a cross-cultural platform where a dialogue between the white, inner city makers, and mostly artists with migrant African backgrounds from Lisbon’s heavily isolated ghettos could exist. Artists like Nigga Fox, Nidja and Marfox are at the forefront of a futuristic, hybrid sound.