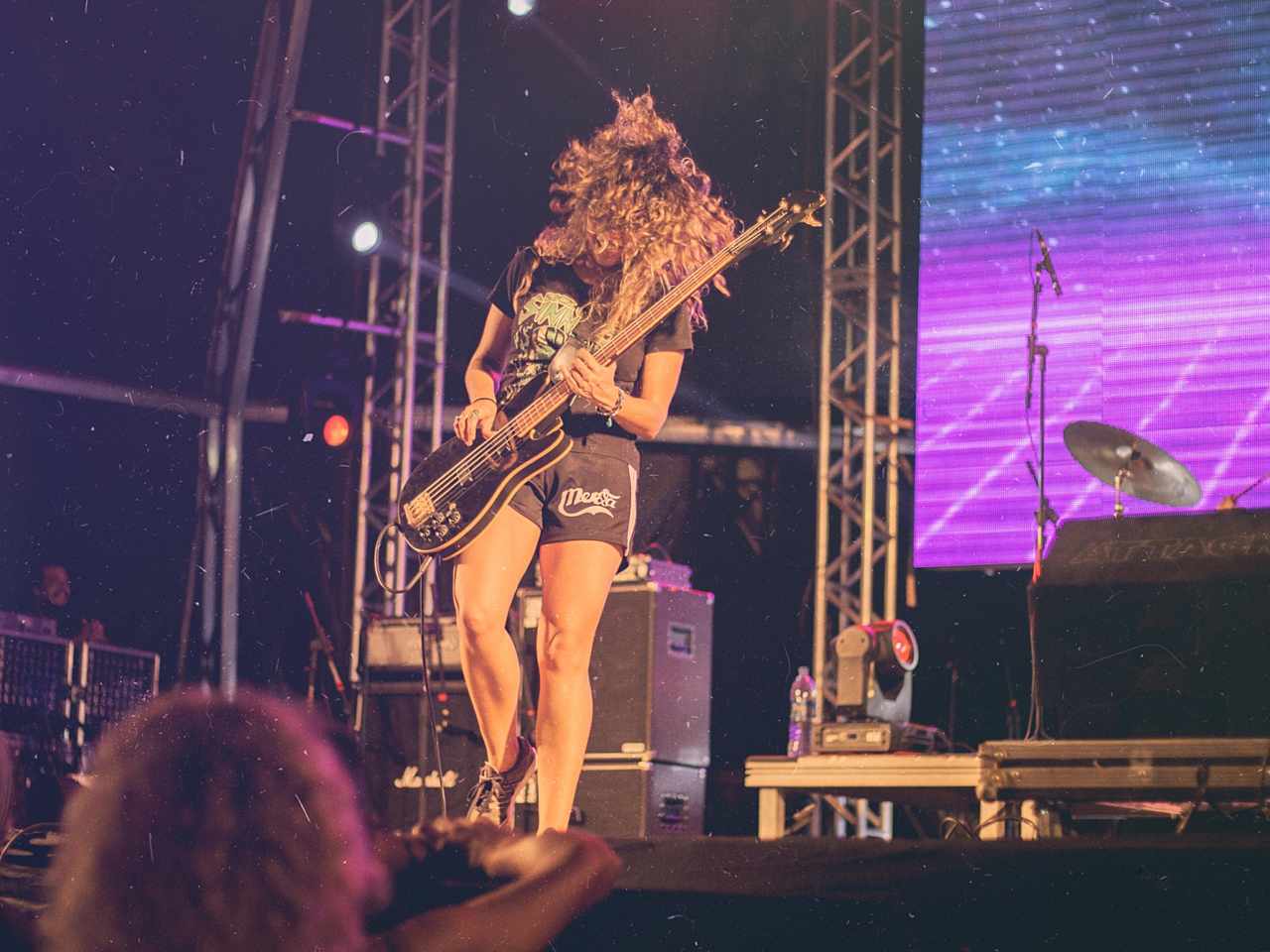 After a particularly frustrating meeting in which she was the only female voice, Andreea Magdalina decided to take action. A firm believer in the power of community, Andreea founded shesaid.so, a global network aimed at breaking down gender stereotypes in music and supporting women along their career paths. Her approach has clearly struck a chord: what started in 2014 as a small group of her immediate connections has now grown to an international network of more than 1600 members, stretching from London to LA.

Shesaid.so is the kind of community where the members genuinely support each other, even if they’ve never met. Each day, members get in touch via email to discuss jobs, source contacts and share training opportunities. They also meet face-to-face, including at monthly panel discussions and networking events in Europe and the US, and take part in conferences and festivals to promote the work of women in music. Next up, Andreea is launching a mentoring program, giving shesaid.so’s members a chance to coach the younger generation – and to tackle the diversity issue at its roots.We sat down with Andreea to chat about the group’s evolution, her own experiences in the industry, and the next steps for bridging the gender divide in music.

How did shesaid.so come about? Was there a particular experience that inspired you to start the group?

Making a positive impact for women in the music industry has always been on my mind. Having said that, shesaid.so didn’t actually come to life until I had one very frustrating meeting with a well-respected media conglomerate in the UK. I was the only woman and the youngest at the table and I’ve never felt smaller than in that moment. shesaid.so was born the evening following that encounter.

How has the shesaid.so community evolved since the early days?

I never imagined that our community would become as big as it is now. I started off by inviting women I knew through my job at the time, about 20 or so at the beginning. We started sharing opinions, projects, contacts – everything that was helping us get ahead. A month later we hosted our first panel and everything just spread like wildfire from there. Now we are present in 30-plus cities, host monthly events in London and LA plus various other events around the world, and work with some of the industry’s largest festivals and conferences. There are now more than 1600 women in the shesaid.so community worldwide.

Do you feel you have achieved your goals with shesaid.so or is it an ongoing process?

To begin with, I simply wanted to get badass women together. Connecting people online and offline is extremely powerful and the power of community is often overlooked by the establishment. As soon as we hosted our first event in October 2014, I felt an immense amount of positive energy generated by those who took part. They spread the word about the community and in two days we tripled in size. Getting human beings inspired like that is priceless and I feel like we stayed fairly close to our original identity as we grew bigger.

Tell us a bit about your members: how many do you have now, where are they mostly based, and what backgrounds do they come from?

About half of our community is based in London and LA and the rest are evenly spread across major music cities such as NYC, Paris, Berlin and other territories. We are keen to find more members in Asia and South America, where we don’t really have a presence, with a few exceptions. We started off with a focus on female executives but are slowly opening our doors to artists as well. There tends to be a balanced mix of women across different types of roles, level of seniority and music genre.

What have been some personal highlights for you, in terms of the people you’ve met through the group or the connections you’ve seen others make?

Personally, being able to reach people from less developed countries is huge. I’ve witnessed women from repressed cultural environments get inspired by us and making leaps in their career. It’s truly heartwarming. So many women found work through us, or learned to negotiate a better salary, or found a better way to deal with a sensitive situation. It would be difficult to pinpoint certain highlights because virtually every email that gets sent is an oasis of inspiration and discovery.

You previously worked at Mixcloud for three years as VP of Content & Community. How did you find the company in terms of its approach to women?

I was the only woman in the Mixcloud team but I felt at home with them. They were making efforts to get more ladies on board but it was primarily a team of developers and women are hard to find in tech too. Mixcloud has a great ethos and, as a platform, they’re all about community.

How did your agency IAMJT come about? How are the values of shesaid.so represented through the agency?

IAMJT got started in the summer of 2015, it’s a management venture between my husband and I. We don’t manage any female artists at the moment, but I’m using this as an opportunity to learn more about the industry in a way that only a manager can. I then use this knowledge to understand the challenges that women in the industry face and engineer new solutions to help them through shesaid.so. This is one of the reasons I’m so keen to open up the community to artists as well. The two projects are in unison with each other.

Are there any women who stand out to you as taking a leading and proactive approach to addressing the place of their gender in music?

There are so many female leaders in music right now. From huge artists such as Bjork and Erykah Badu all the way through to organisations like Discwoman and gal-dem, there is a leader in all of us. Thanks to networks like ours, more and more of these women are emerging and are collectively moving the needle.

Finally, what more do you feel needs to be done to empower women working in music, particularly in electronic music? What’s next for shesaid.so?

Inequality starts at a young age. Our priority in 2017 is to develop programs that target the youth and help them get mentorship and work experience via our community. Inviting women from different backgrounds to speak at schools and positioning them as leaders in front of young girls sends a strong yet simple message – you can do it too. What’s more, young men grow up with an authentic, diverse view of the world, which is the way it should be. One of the reasons there aren’t enough women in roles that are typically male dominated is because girls don’t find the confidence and support soon enough. We are aiming to help change that.

Shesaid.so is a curated community and involves a short application process. To apply, visit www.shesaid.so/get-involved